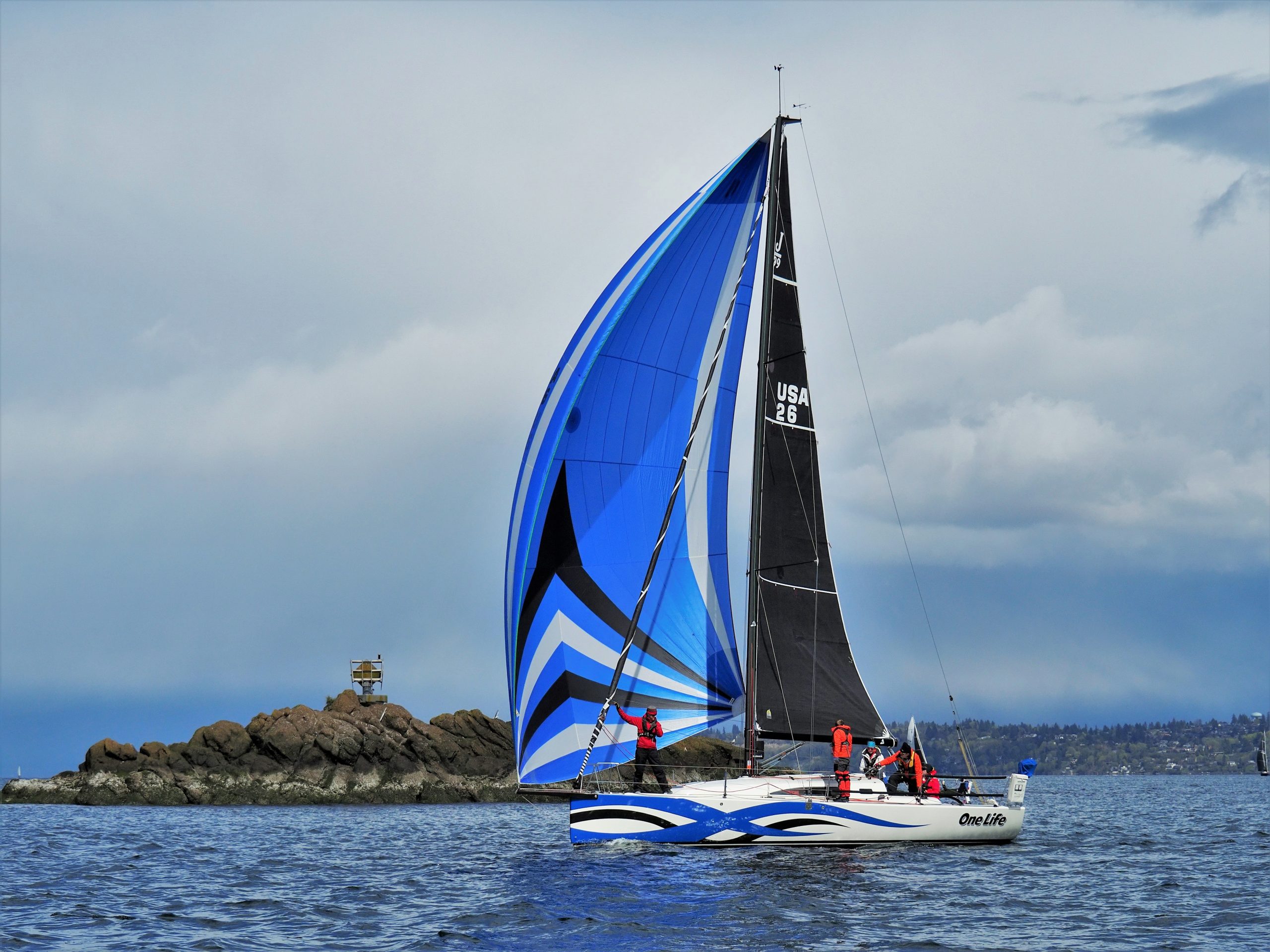 The Racing Rules of Sailing (RRS) is a complex document. It is complex enough I doubt anyone, even someone with an eidetic memory, is going to get enough from a single read to perfectly apply the RRS on the race course. Add in the fact any set of Sailing Intructions (SIs) is free to modify the RRS and that most clubs have a general SI and a race-specific SI and those of us who race have a great deal to remember.

During the 2022 Sloop Tavern Yacht Club Blakely Rock Benefit Race, my memory of the rules in play failed me.

In my recent recap of the race, I noted One Life fouled Irie at the start. My recollection of the STYC SIs and the RRS was since it was a non-contact foul (thank you, Irie!!!) and pre-start, I could exonerate our foul by taking a One Turn penalty — which we did as soon after our foul as we were clear to safely do so. We then went upon our merry way.

A few days ago I was reading the SIs for STYC’s Race to the Straits and noticed a reference to One and Two turn penalties that did not match my memory. That sent me back to the SIs for the BRBR race and then to STYC’s General SIs. My memory, while not technically eidetic, is pretty good. But it clearly failed me this time.

That sent me off to the RRS and especially the national and international cases. Again, no support for my in-the-heat-of-the-moment ‘recollection’ One Life only needed to take a One Turn penalty.

I reached out to both my crew as well as some other respected capitains in our fleet to check to make sure I should have taken a Two Turns penalty. They agreed.

I reached out to the STYC race committee shortly thereafter and told them of my error and communicated, as a result, One Life would officially retire from the race due to the fact I improperly only did one turn after the foul of Irie.

The standings for the race have now been updated, showing a three-letter code I was not previously aware of: “RAF”, which stands for Retired After Finishing.

The fact neither Irie, the race committee, nor any other competitor noticed my error meant I could have just decided it wasn’t that important. Irie finished ahead of us, after all, and the gap between One Life and the boats finishing behind us was large enough another turn wouldn’t have made any difference to the standings as originally posted.

In the end, that didn’t matter to me. We broke the rules and that required fessing up.

I want to say thanks to all the skippers who provided good counsel, STYC’s co-race chairs and Commodore, and especially my crew for being supportive of doing the right thing.

On a happier note, it turns out there was a photographer on the BRBR course. Harvey Sherman has taken lovely pictures of classic car shows and turned his talented lens to our race on Saturday. If you have not seen the pictures yet, check them out!

I’ve been corresponding with Harvey over the past few days about the shots he took of One Life. He’s great to work with, so if he got pictures of your boat you’d like to get copies of, send him an email. And if he didn’t get photos of your boat, look for him at future events and tell him you want some photos. He says he’ll make sure he takes them.

Incidentally, Harvey was on Elsa, a 1941 Coast Guard Launch captained by Eric Larson. Eric restored the launch, built the cabin on it, and re-powered it with a diesel engine. She’s a lovely boat with eye-catching lines.