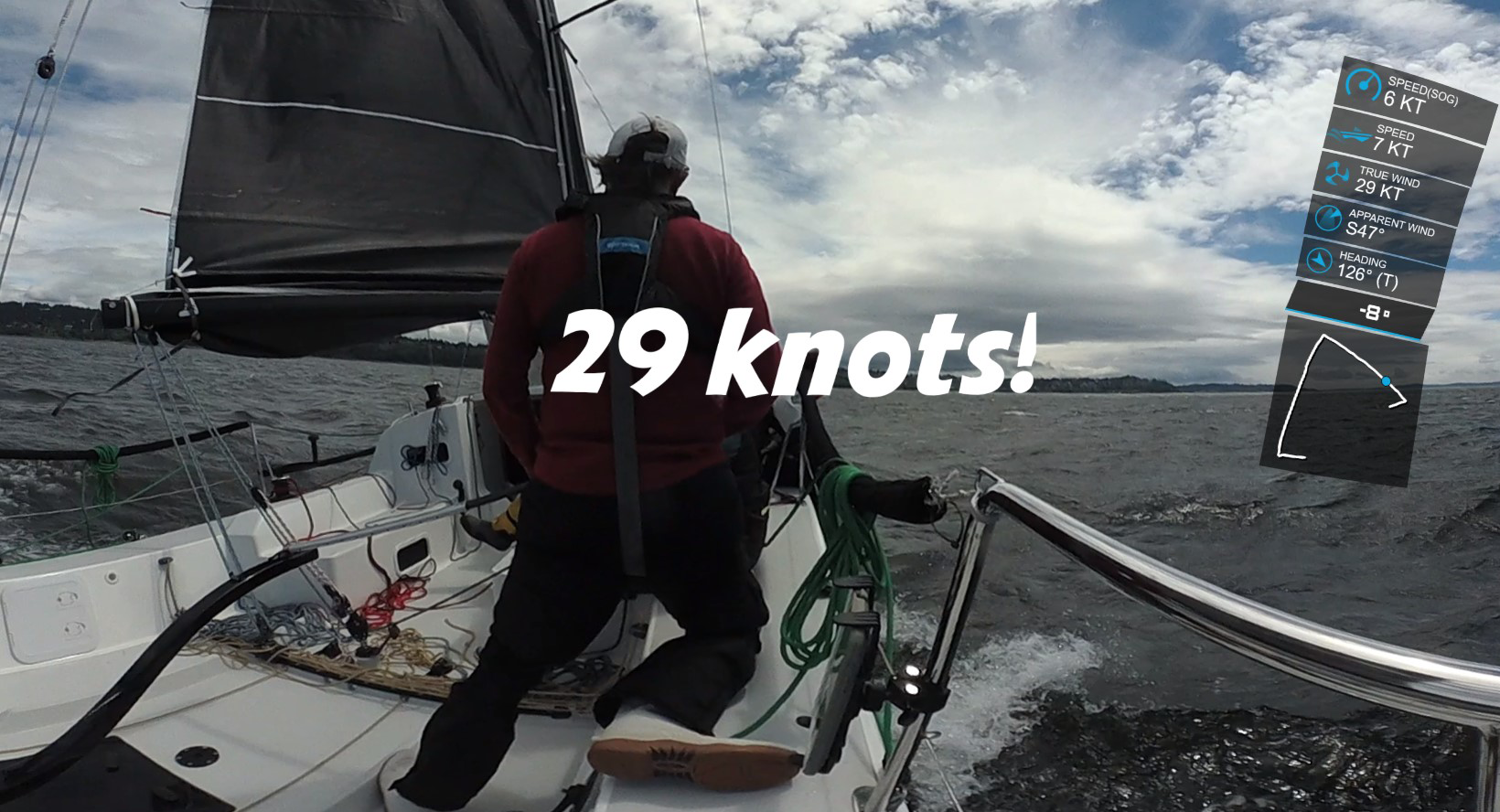 Bloggers note: This post was finished three weeks ago, only waiting for YouTube to finish processing the video. Somehow, I forgot to finish the process of posting it – so it didn’t go live until 7/10. Oops. As you’ll see with the next post, also out today (unless I forget again), STYC is racing again — but I decided not to correct the references to not racing in the post below.

The Sloop Tavern has been voted one of the best dive bars in Seattle and one of the 10 best sailor bars in America. All of this understates the impact The Sloop has on Seattle’s boating community.

Back in 1976, The Sloop Tavern Yacht Club was born. A decidedly alternative yacht club run entirely by volunteers, the club has over 150 members and (in normal years) a racing schedule some ‘traditional’ yacht clubs would envy. Generations of racers have experienced STYC’s race program, with countless hundreds enjoying their first exposure to racing on STYC’s Monday night events. I love this club, the people, and the incredibly supportive attitude — which is why I fly the club’s blue and white burgee every chance I get. Don’t confuse the casual attitude of STYC with a lack of excellent sailors, though. Boats flying the STYC burgee have won the TransPac, VicMaui, and Pacific Cup offshore races — including J/125 Hamachi, the overall 2019 TransPac winner — and reached the podium in national one-design regattas.

STYC has long had singlehand/doublehand races, including the area’s best shorthanded series (STYC Triple Sound Series). I sailed my prior boat, Dragonfly, in STYC’s Triple Crown last year in the singlehand NFS class. Seven great days of sailing with amazing memories each day — and many, many lessons learned.

One of STYC’s long-time signature races is the 3 Buoy Fiasco. A cross-sound race with a pursuit start (slow boats first), where crews can decide to go whichever way around the buoys they like. These cross-sound races are almost certainly not boring windward/leeward affairs, making them exactly the kind of race I bought One Life to do.

With the pandemic keeping racing stalled in our area, we got the crew together with the intent to do our own 3 Buoy Fiasco on what turned out to be a very windy Saturday morning.

A short conversation at the dock had us change down to the J3 from the J1 and rig the A2. The Code 0 stayed below despite the reachiness of the course given winds were already at 15 knots and building.

We did a start-line practice, providing us a chance to play with the start-line electronics. This, sadly, did not end up on the video because some idiot (me) forgot to switch the camera on. It was our first test of this system and, like most things on the boat, we need more practice. That said, having Time to Line and Time to Burn data will be a good training aid for all of the crew as we go forward. VERY much looking forward to having a committee boat at the pin end, though!

The one drawback of the day is the two west-side 3 Buoy Fiasco marks are not fixed buoys, so we sort of had to approximate them using the GPS. This made our outbound course, especially, a little less than optimal. But hey, it was blowing hard and we were having fun.

One of the things about sailing with good people is they know other good people. We were one short for this ride, so Kelly and April suggested we invite Mathieu — who’d been mostly boatless thus far this season. He was a little excited to be sailing again (see his whole dance on the video).

14-16 knot southerlies at the start off the Shilshole Marina jetty quickly turned into high teens with gusts over 20 as we closed in on the west side of the course. Deep discussions were had about whether to fly the kite in those winds, and we decided with some crew brand new to kite flying and brand new to the boat, discretion was the better part of valor. It turned out to be the right call for the crew, though there is zero doubt in my mind One Life would have handled it with aplomb.

By the time we were halfway up the northbound run, winds were steady above 20 with sustained gusts to nearly 30 once we headed back south. Despite only flying the J3 and main downwind, we did manage to catch a couple of waves and exceed 10 knots on a broad reach several times. We even caught a wave to surf, which was pretty special for just being NFS.

Before we headed back south, we decided to put a reef in the main. Here’s the part of the story where all those lectures about practicing reefing a sail before you needed it and adding a reef before it is necessary come into play. This is also the part of the story where I admit I’d never got around to this. While all the reefing lines were run, we hadn’t actually reefed the race main before — so we had a nice learning experience in 20-knots winds.

Mad props here to new (to One Life) crewmember Matheiu for taking on the responsibility of adding the reef. He did a great job, and along with the rest of the crew, continually improving our effort as we continued back uphill.

Overall, we obeyed the Three Laws of One Life:

Once back at the dock, we took another look at the reefing system and realized the rigging was wrong. Both reefing lines were led aft through the boom, which is why we couldn’t quite get the bottom of the sail shaped as we wanted it. We also figured out a better way to attach the reef at the clew. Perhaps most importantly for the future, we made a new boat rule: If it is windy enough to drop down to the J3, we’ll always pre-rig the main for reefing. I’ll also talk to our sailmaker about adding a reefing point or two so we can keep things more compact on the mainsail when reefed.

Given we obeyed our Three Laws to the letter, I couldn’t think of a more productive way to spend a Saturday. We made a smart sail decision at the dock to go with the J3. We had our first start line practice, and it didn’t suck. We made a smart decision to not fly the kite. We safely managed a reef. And when we got back to the dock, we walked through what we learned and made some really useful changes to the boat.

Oh, and we fired up the BBQ and knocked back a few cold ones — all socially distanced, of course. A truly wonderful and memorable day on the water and a fantastic reminder of why I bought this boat.

One Life, right? On this day, we absolutely didn’t blow it.