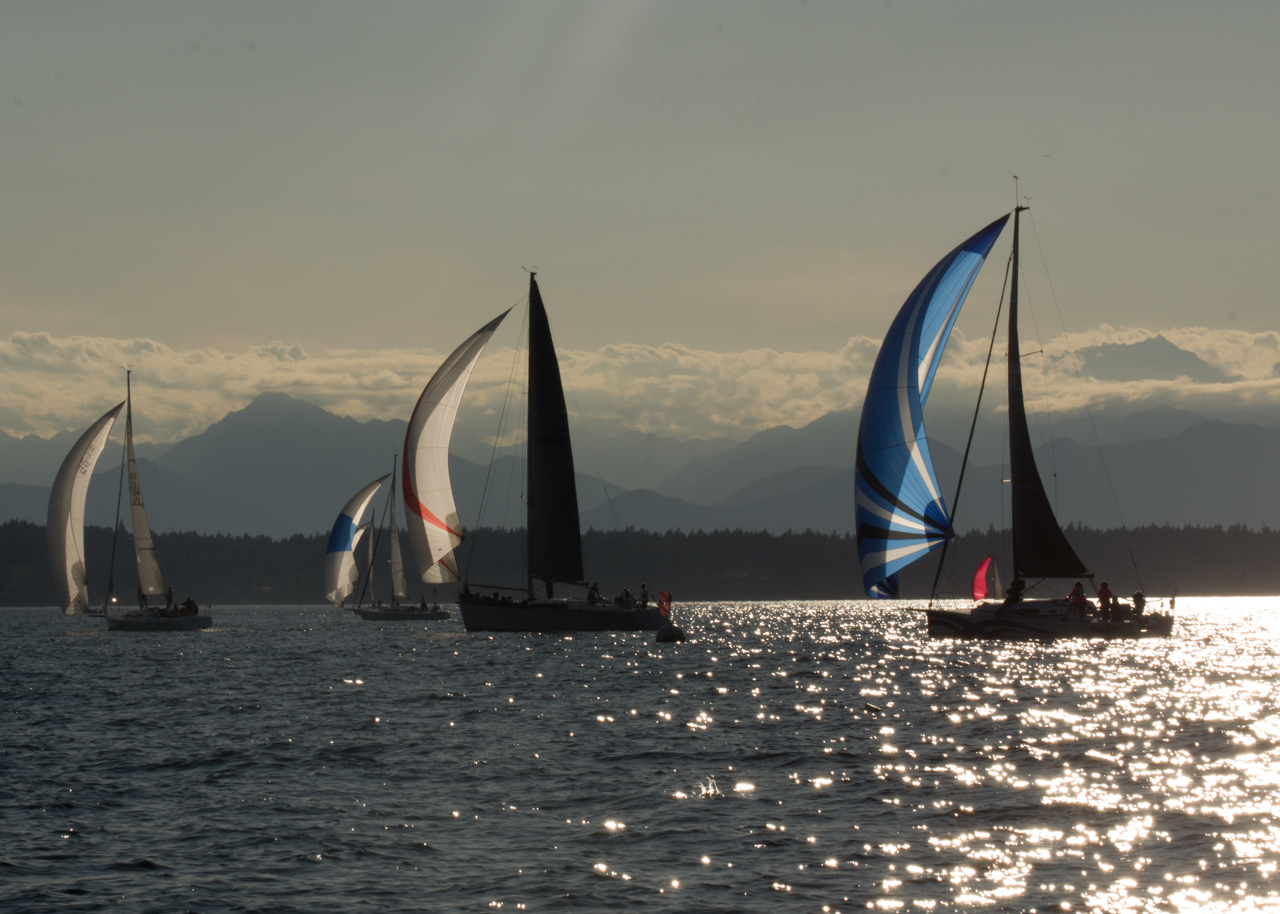 For the 0.01% of you who’ve read every word here, you know I said this blog would highlight the adventures and misadventures of the One Life sailing program. For the other 99.9%, you now have some context for this post…

2020 hasn’t gone as planned for any of us. With the morbidity and mortality impacts of COVID-19 worldwide, those of us fortunate enough to remain (so far) healthy and able to access an outdoor activity like sailing would do well to remember to not make a big deal of comparatively minor inconveniences. So all these words? Please know I realize they are insignificant in the large scheme of things…

The Plan as we exited the Seattle International Boat Show was to get One Life in the water, have a 2-3 solid weeks to shake her out, then have our broker and sailmaker aboard for at least the first three races to identify any issues and accelerate the learning curve for myself and our crew. Instead, we had about a practice and a half and the first race we entered was called halfway through because of a drifting mark — and that was it for the racing season until last week.

Now our racing season is doublehanding or limited crew, and all our vendors have 6 months worth of customers backed up with the same needs — plus, and far more important, the health of themselves and their families to consider.

One of the primary frustrations in this whole boat buying process, dating back to when the boat was in the final stages of commissioning in March, is nobody has any data to share with us. We have no base rig setting data and no rig tuning data. If this was a professional campaign, no problem. That’s something the pros are expected to figure out on their own.

Hello, not a pro.

For a few weeks now, the number one issue for One Life has been poor pointing ability on starboard. (Note: I’m not worried about my competitors reading this and taking advantage of us on the race course. It’s so obvious they’ve already figured it out.) Port tack? Golden. Starboard tack is at least 10 degrees off.

At first, we thought it was a figment of our imagination — which these days, translates as, “The instruments must be off.” So, for a number of practices leading up to our first races, we performed all sorts of sailing gymnastics amid flogging sails and analog compass readings and digital compass phone app readings to try and verify the problem. By every measure, it’s a real problem and not just the instruments.

And here’s the other thing… While I’m relatively new at this and One Life is certainly new to me, I can TELL. Ten degrees is a ton and any sailor with some experience and any sort of potential to be a good sailor (I think I qualify on both counts) can FEEL the difference when it is that large.

And I can certainly feel it.

In our first race, as I’ve recapped previously, we were outpointed at the start by Peer Gynt J/105. While annoying, it actually made me feel better because it was proof this issue wasn’t all in our heads. On port, we were fast and high. Starboard, we had to pick either high and slow or low and fast.

We went out with some friends on Sunday to drop a crab pot on the opening day of our local Dungeness crab season (no crab pictures because the bottom ate our pot) and try and work through the issue. They are getting the third J/99 in the PNW fleet (hull #49, arriving hopefully next week) and were eager for a sail. We tried all sorts of things, and together also concluded it wasn’t the instruments.

The best line on the problem we have was the top of the mast looks like it deflects more to leeward on a starboard tack than a port tack.

That leads us to yesterday when I show up an hour before dock call and start in on the rig. Loosen everything, measure the mast, take some caliper readings, sight up the mast — the whole drill. In the process, I learned a few things:

Pretty soon it’s 90 minutes later — 30 minutes after we wanted to leave the dock — and we’ve finally got the mast centered. No idea if we have the right shroud tension, of course, since nobody — from J/Boats to Doyle — seems to have those data, but out we go to race.

Again, no ability to point on starboard.

I do have to give a shout out to Jeff Johnstone of the J/Boat Johnstones. He and I’d corresponded previously when I needed some advice on the water ballast (another story for a later day). While he didn’t have any rig tension guidance, he did send across some really helpful sheeting angle data.

In case I hadn’t mentioned it before, it’s worth noting the J/99 has “3D” jib leads. Instead of simply cars moving fore and aft like most sailboats, you can also move the jib leads up, inboard, and outboard via a rather dizzying array of controls. Having never sailed with such a system, it was a known part of the learning curve. Jeff gave us some sheeting angle measurements and some advice based upon the experience of Stu Johnstone’s Agent 99.

We headed into Monday night’s race with the J1 hauled way inboard. The crew was, rightfully, skeptical, given the sail shape. And despite another great starting line position engineered by Taylor, we simply weren’t competitive off the line as everyone was pointing higher on starboard. And we weren’t particularly great on port, either. Even though we had the edge at the line and room on leeward, all the air spilling out the top made us slow enough the extra point didn’t make up for it.

We rounded the windward mark in not too bad shape, all things considered, and made some good gains on a long downwind run. On the next upwind, we moved the jib leads down and out to fix the twist at the top. We were back to our original problem of not being able to point on starboard, but faster due to better sail shape.

The results from Monday? The volunteer race committee chose a long course (NMWMEN) presumably based not upon current winds of ~10 at the start, but a forecast they would strengthen to mid-teens. Instead, they dropped to 6-9 until very late. As a result, we (and 2/3rds of the fleet) finished after the 8:30pm deadline in the SIs. We were 8:31:11 — one minute and 11 seconds late.

It was one of those days. The crew had crappy days at work and I was frustrated after 90 minutes of screwing with the rig tune resulted in no change. Thank goodness for the post-race beer and BBQ back at the dock.

Poke and Destroy killed our Class 7 again. We’d have crossed a boat length or two ahead of More Jubilee J/105, but we had to duck Class 5 Kowloon (my very first Ballard Cup ride for whom I have great affection) right at the line and ended up crossing right with More Jubilee.

Thankfully, I chose well with the sailmaker. Josh from Doyle Sails headed out with me Wednesday (because that was originally an open day on the CYC series calendar) to take a look, plus spent some time looking at the rig with me. Through him and Ken, I met Chris Tutmark. He’s a well-respected rigger in the area and dropped by the boat to chat — already identifying a couple of items. All of the above are digging through their contacts to try and get more rig data. Ben from Sail Northwest is doing the same through his J/Boat connections and promises he’ll help dive in to address the issues starting next week. And Jeff Johnstone is talking about creating a listserv for J/99 owners to share data.

Despite my venting here, I’m confident we’ll eventually get this worked out. While the J/99’s strength is not really windward/leeward beer can racing, there’s no reason she can’t point the same on different tacks and be overall competitive among boats with comparable rating — limitations of the drive (me) notwithstanding.

I know we’ll get there, despite the bumps on the road.

One absolute bright spot, to end on a high note, is David Sinson (Aquavit) got the best shots yet of One Life under spinnaker.