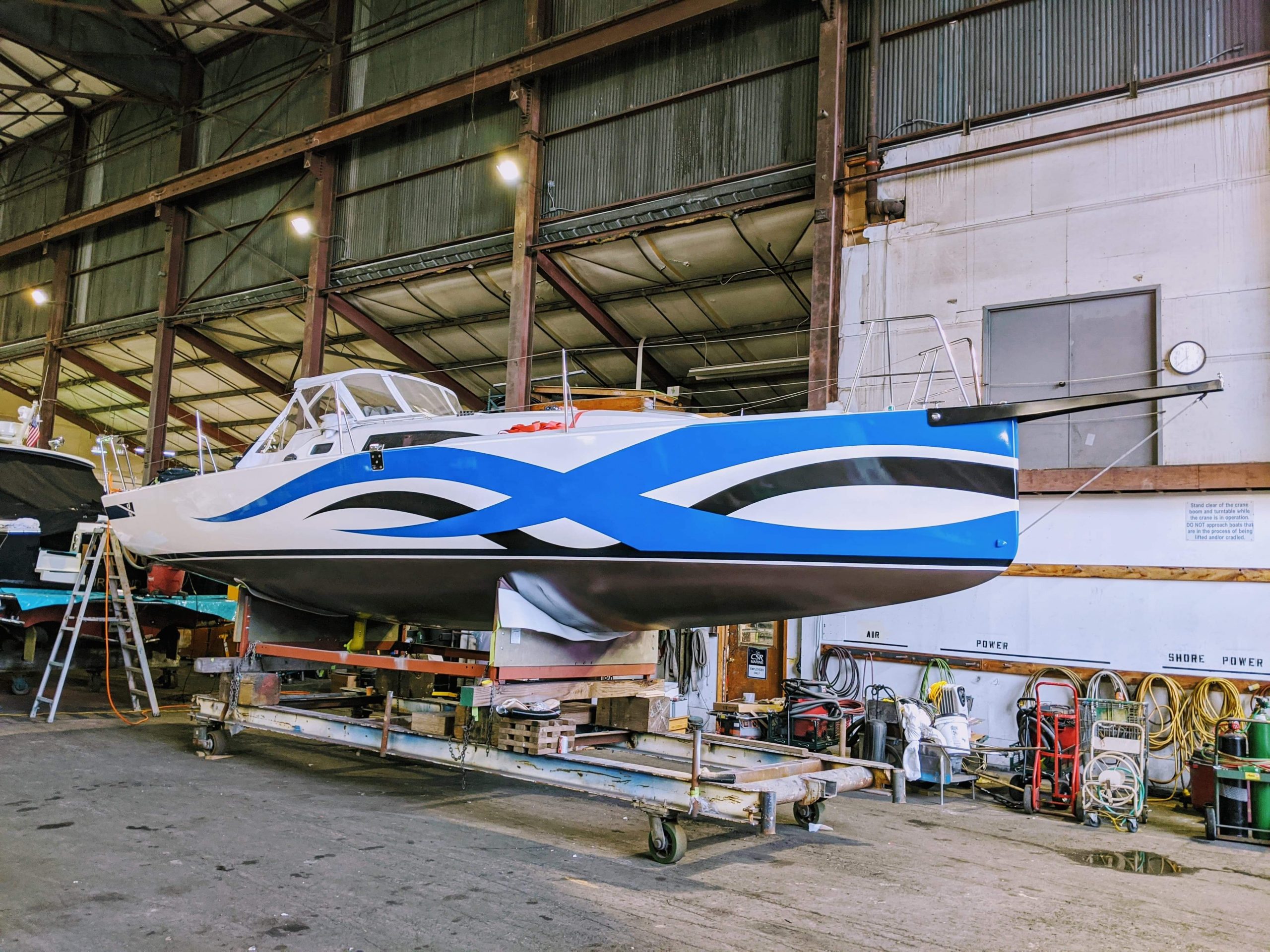 One of the cool things about the commissioning process is the disproportional joy you get when simple things get done.

Take today, for instance. I’m in San Francisco as I write this, attending a biotech investment conference held around this time each year, and I get a message from Ben at Sail Northwest with the following picture…

Allow me to set the story up by saying this conference is a bit of a grind. My Monday, for example, was a two-hour panel starting at 7am, 10 back-to-back meetings between 9am and 2pm, another half-dozen meetings the remainder of the afternoon, two social cocktail events, and then working until after midnight adding three dozen slides to a slide deck we had to put together overnight for yet another early morning meeting.

Don’t get me wrong, I love the job and this is one of my favorite weeks of the year. It’s the “Super Bowl” of my industry and everyone who is a player globally is here the same week each year. But after three days of this, even as a17-year veteran of the event I’m pretty fried.

When Ben sent me the picture, I appreciated it but I wondered why he was sending me another picture of One Life? In fact, if I wasn’t already multitasking a call, a SMS thread, and a time-critical email thread I probably would have asked him right then.

Skip ahead to my next back-to-back meeting…

In the middle of the conversation, I realize there was something odd about Ben’s picture of the boat. I try not to pull my phone out during meetings (I’ve had it done to me countless times and I always find it rude), but I was sorely tempted.

Meeting is fnally over and we’re saying our goodbyes. We both are checking phones — him his email, me Ben’s message. And I exclaim, “Bowsprit!” The fellow I just met with looks at me like I’m nuts, so I “have to” show him the picture to explain why I was just shouting sailboat part names at him.

(He was suitably impressed at how pretty she is, BTW.)

(BTW #2: If you need a giggle sometime, randomly shout “Bowsprit!” some time around a group of non-sailors. You’ll be amused at the looks on their faces.)

Kris and I visted her last Friday, by the way. All the non-mast electronics are installed, we got to experience how nicely the heater warms up the cabin, and generally admire the beautiful work CSR Marine has done so far.

Here’s a fish-level view of the sprit.