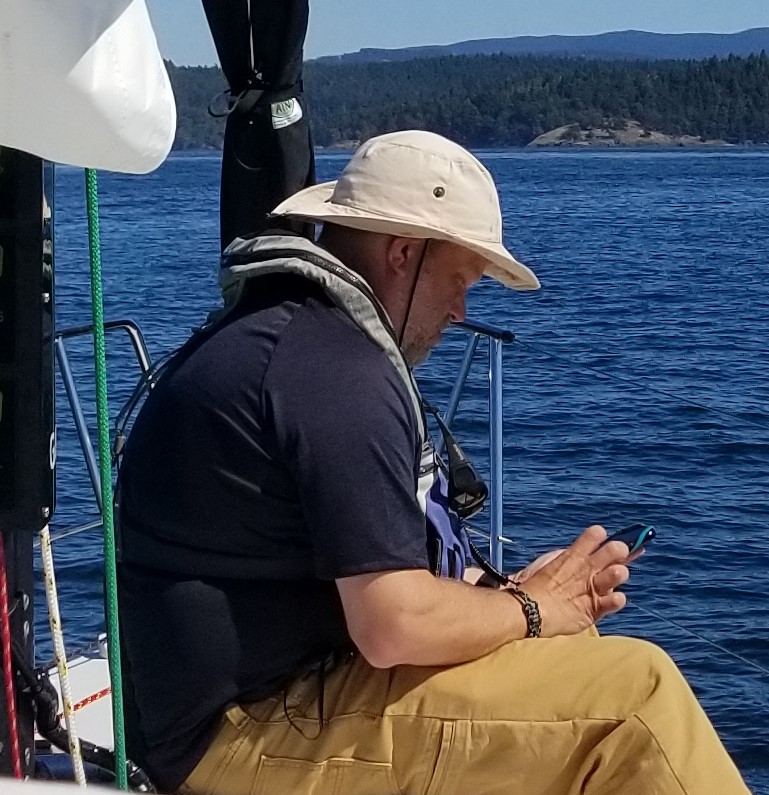 If you’ve sailed with One Life or asked, you’ve probably heard my story about how her name is wrapped up in a realization about my own “half life” as a human being.

When you’re 20, you can easily imagine being 40. When you’re 30, old 60 seems but you can get your head around (some day well into the future) being 60. When you’re 40, the “half-life” math starts getting concerning as you legitimately question if you’ll make it 80. At the young age of 45, your head tilt becomes more pronounced as you ponder the chances of reaching 90. By the time you’re 50, you’re betting on exceptional genetics (or the biotech industry) to get you to 100. After 50 you pretty much stop the “half-life” exercise — if you’re smart — and start focusing on making the absolute most of the One Life you’ve been granted.

Sometimes, however, the fates make other plans and intervene far earlier.

On Wednesday morning, July 7th, I received a text which shocked me to my core. My good friend of over 35 years died the day before of what was likely a heart attack. Bret was just a month shy of his 55th birthday.

Bret, along with our friends Loran and Mickey, played a huge role in my college years and later in life. They were among my first friends in college and the four of us have many, many stories from those days we always enjoyed reminding each other of every time we met. Those stories continued with many post-college adventures.

The four of us are, in every aspect that matters, brothers.

Bret had many friends because that’s the kind of guy he was. Forgiving, incredibly kind, and loving. My love goes out to all of them as well — particularly his best friend and next door neighbor Jeff and his family.

A couple hours after I learned Bret was dead, it unexpectedly started raining in Seattle. It lasted less than 5 minutes and vanished as quickly as it came. I posted on Facebook about how the sky was crying, because that’s exactly what it felt like.

I’ll miss you, Bret/Bretski/Terb. A loss amongst the four of us was always going to be tough, but to lose you so soon breaks my heart.

At some point in marine history, the ringing of eight bells became used to mark the passing of a sailor — particularly one well-loved by their crew.

Given how broadly loved Bret was to all who knew him, I figured it made for an appropriate title for this post.