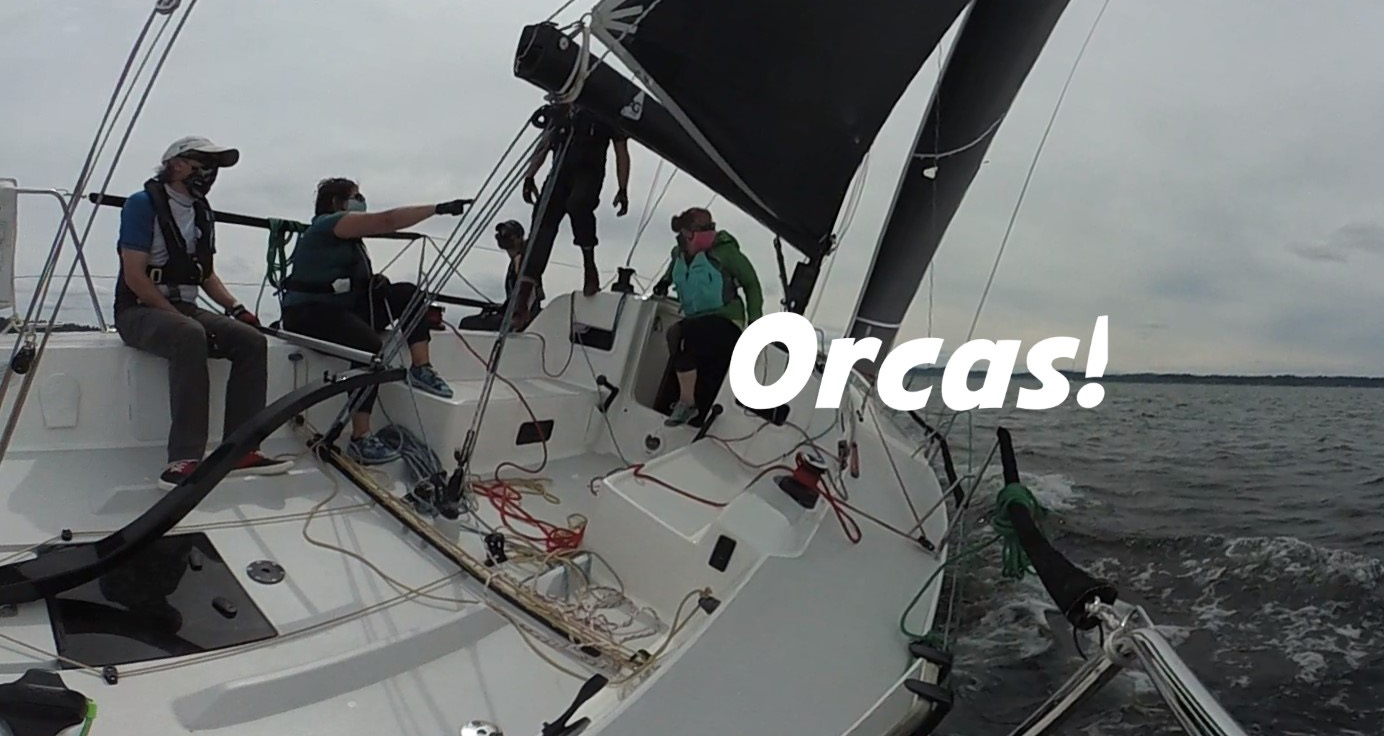 Kelly got some video, the second of which has me whacking my head on the boom in the background and exclaiming, “Ow!” If you’re friends with her on Facebook, check them out.

A shout out to the skipper of the motor yacht in the background of a screen capture from Kelly’s first video. He was charging down pretty fast on where the Orcas were and I hailed him on VHF-16. He backed down the throttle right away and veered off.

Matthieu got the clearest video of the day, however. He had a non-phone camera on board and was able to zoom in and get a nice video as one of the two Orcas surfaced just off the bow of J/105 Avalanche.

I was excited to see whether the VIRB 360 picked up the Orcas, and it did. To see them, however, you’ll have to engage your phone or computer’s ability to swivel the video through the full 360 to see them.

The video appears at the bottom of the post, but I’ve posted a couple of screen grabs below to help.

Between 0:09 and 0:11 on the video, rotate the camera so the red protest flag is centered on the screen. You should be able to see the Orcas’ spout and surface at around 10-o’clock on the screen.

The second time I see them on the video is between 0:38 and 0:40. Orient the video so you’re looking between the red protest flag and the American flag.

I lost them on the video after that, but I posted a copy of the video with several more minutes of footage. If you spot them again, post in the comments below!

It was a pretty special day to see these amazing creatures. As Kelly put it so well, “Apparently we sailed around Blakely Rock after that, but I don’t remember much of it.”

As practice sessions go, probably not our most productive. But we saw Orcas, got a nice sail in, and fired up the BBQ back at the dock.

That makes for a pretty fine sailing day in my book…