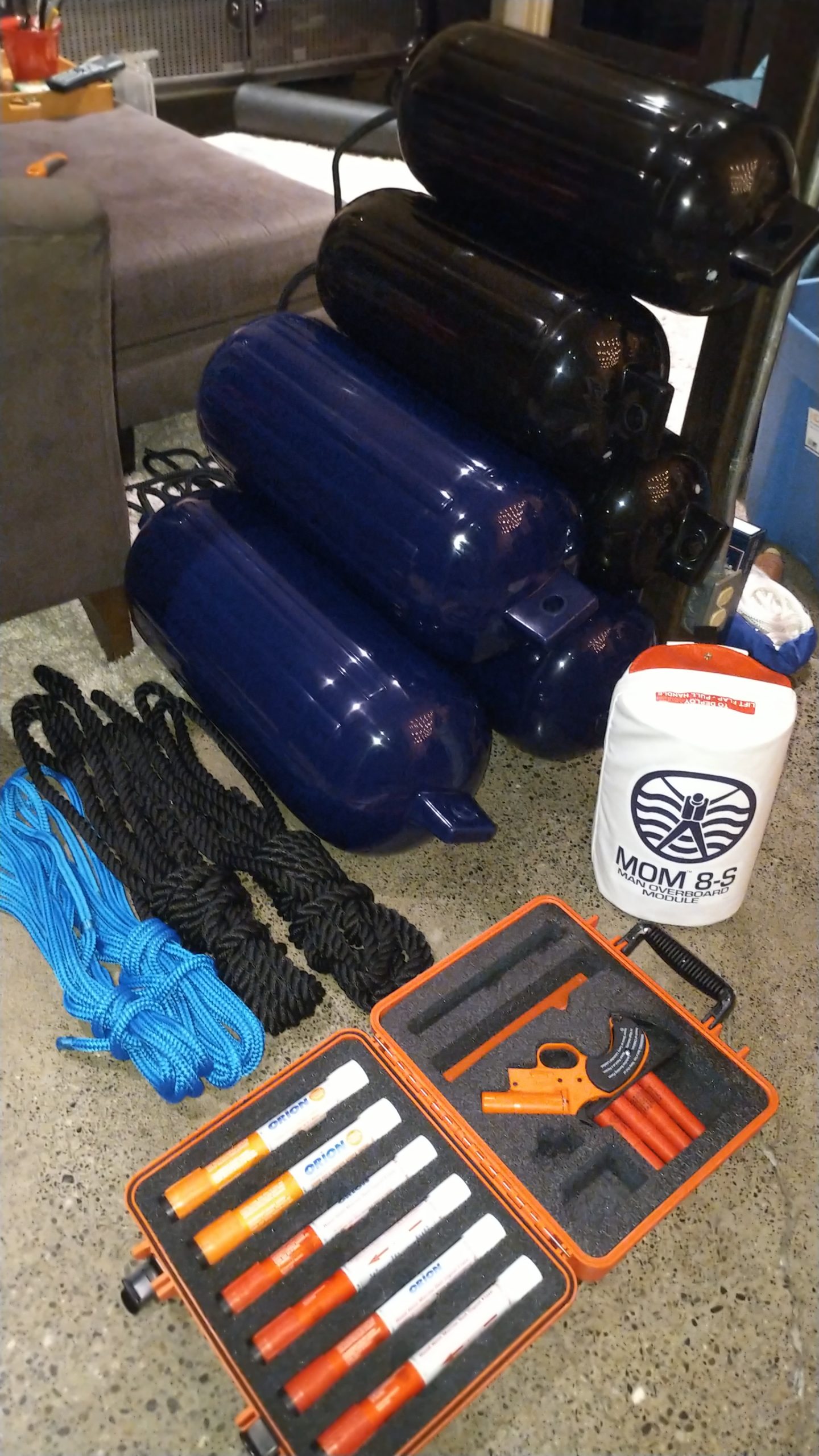 The Seattle Boat Show has long represented a milestone for my saga of J/99 ownership. From the moment I put down my initial deposit over a year ago, I knew One Life was going to be in the boat show and, therefore, I couldn’t sail her until after the show was over. Now this milestone has passed and I’m just so giddy about sailing this boat for the first time I can hardly stand it.

I managed to spend meaningful time at the show over about four days. And while I did do some shopping, I have to say I spent most of my time on the boat. It was great hanging out there and talking to the people who came to see her — whether they were ‘just looking’, dreamers, or serious buyers. My heart was full with all the compliments One Life received, and there were many.

As this was the longest time I’ve been able to spend on the boat thus far, I also got to learn more about her. I have a list of things to alter (though nothing major) and some ideas about some customizations (canvas protector over the head so it doesn’t tangle with the spinnaker at the top of the list). All so much fun to think about.

One of the things you don’t immediately think about when you buy a brand new boat is the extent of the shopping list. Sure, I knew I had to buy a brand new sail inventory. But all the other things you left behind on our old boat? You don’t really realize the scope of the need until you start making a list. The longer I sat looking around the boat, the longer the list got!

There really was much opportunity to reduce the list at the show. Nevertheless, I got a great deal on a spiffy boat hook, a really skookum camera mount from the MyBoatingPro.com booth, and fulfilled the gift certificate for crabbing gear I gave Kris for Christmas. Aside from purchases, the Garmin gang steered me to the best camera for the boat (VIRB 360 is on the way).

Oh, and the beer during the Sails and Ales event was fabulous — as was having some of my future crew brave the nasty weather that day to meet and visit on the boat.

The list has been whittled down to a manageable size — though I’m sure it will grow again the first time we actually have her on the water. After this weekend, though, at least she’ll be legal to sail from CSR Marine to her new home at Shilshole!

Over the next week or so the orders I put in for lifeline covers, fender covers (need to keep that artwork pretty!), and all the electronic gear I couldn’t get locally should arrive. Once all this stuff is collected down at CSR Marine, we’ll be able to make final decisions on where to mount things on the sparse stern rail space. Rudder, keel, autopilot, mast, rigging, fix the dodger, and the final electronics work round out the planned activities over the coming weeks.

Largely because I will be gone a week for work, it looks like she’ll hit the water for the first time the week of February 17th. That will give us a two weeks to get her christened and get some practice in with the new crew before her first race on March 7th.